How to climb "5.Next": Six Mental Tips to Climb Harder

Above photo: Approaching the crux on Cannibals, 5.12d at Donner Summit.

This isn’t going to be another train harder, work out more, get stronger fingers-type article—because, while these articles are important and valuable, they’ve already been written.  Instead, this is what I do mentally when I want to climb harder.

Let’s face it, we all want to get better.  It’s why we love climbing.  There’s always a challenge, whether you’re looking to climb your first 5.10 or 5.13.  In my 14+ years of climbing, these are my time-tested tips on how to push your climbing level to the next grade. 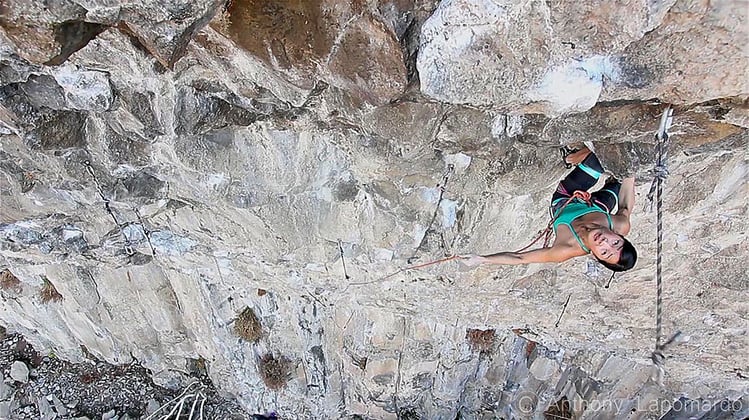 Reaching for a clip, The Juice, 5.14a. photo by Anthony Lapomardo 33rdstreetmedia.com

This may seem blatantly obvious, but it’s surprising how many of us, myself included, simply don’t do this.
“It looks too hard.”
“I’m not strong enough.”
“It’s not my style.”
“I suck at overhangs.”
I can list off a thousand excuses of why I shouldn’t try a hard climb, but the only thing holding me back is just that—my excuses.

Now I’m not suggesting if you’re climbing 10a, that you should try your first 5.13.  But it is ok to try harder stuff!  That’s what’s so great about the gym – there are endless climbs to try.  Maybe you’ll fail.  But…maybe you won’t.  (Etiquette note: if the gym is busy, please limit your time on a route to no more than 15-20 minutes.) 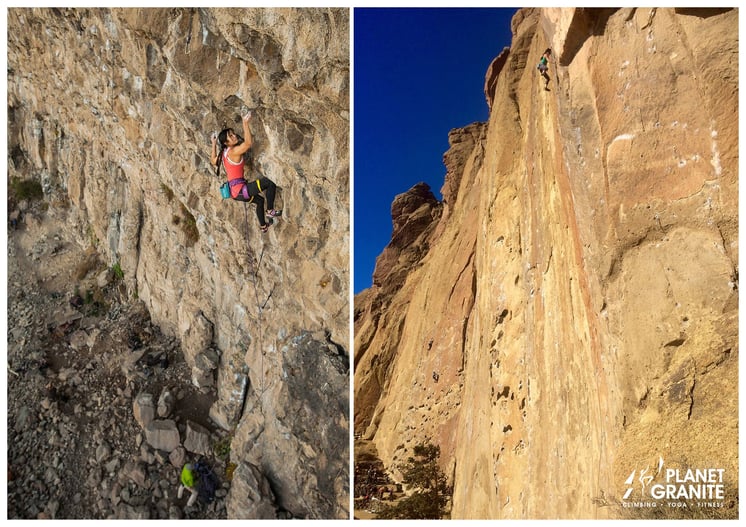 Left Image: In the crux on Burning Down the House, 5.14b Jailhouse California. photo by Anthony Lapomardo 33rdstreetmedia.com. Right image: Dynoing to the last hold on Churning, 5.13a, Smith Rock, Oregon.

Beta is key.  It’s also what is so fun about climbing–it’s not only challenging physically, but mentally!  That being said, more brainpower is always better.  I always find that watching someone on a route I’m working AFTER I’ve tried it is immensely helpful.  I see new beta: I watch how they turn their body, which feet they use, and their sequencing.  It’s even more helpful if the person is a better climber than you and they’re similar in size.  It’s also just as fun to work a route with someone else, even if they’re not casually floating your project.

Not to be overly obvious, but this is a really key point.  I’ve learned (yet still have to remind myself) that I should not decide if a route is too hard for me until I have tried it at least twice.  Moves that seemed virtually impossible the first time are often manageable the second time, simply because you now know what to do and are confident that it can be done that way.  Mental strength (and body memory) is an incredible force.

Holding the swing on a near horizontal roof. La Confienza, 5.13b, Pipedream Cave. Maple Canyon, Utah.

4. Don’t quit because of one move.

A common misconception is that if you can’t do a move on a route, you should stop.  Climbing magazines and sites love to highlight the latest 5.15’s that have been put up. What is less talked about, is that there’s a lot of projecting that goes into climbing hard routes.  So if you hit a stopper move on your route, assess it, and try to work it, but don’t waste excessive energy and strength on it.  Cheat past it (another great thing about the gym is there’s often an easier route or a friendly-looking hold right next to you!) and try the rest of the route out.  Come back to that move later.

It’s important to be strategic about how to work a hard route.  Spending all your time and energy on one move early in the route won’t help you get to the top!  You can always come back to a move and work it later. An added side bonus is that working a hard move on a route will get you stronger. 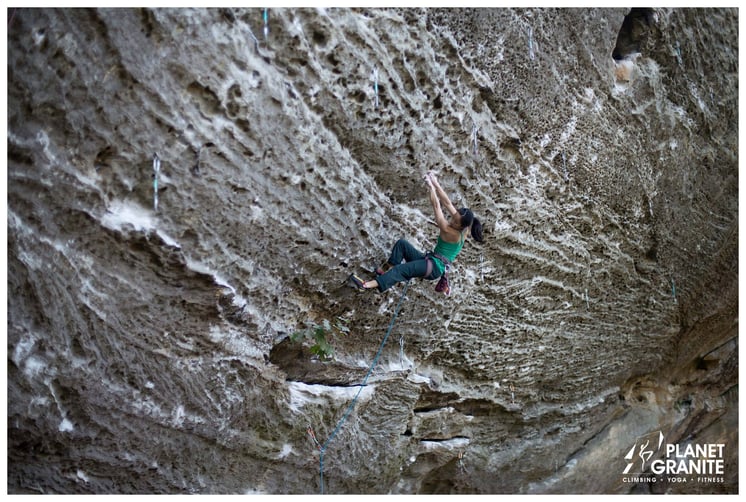 It’s easy to quit (remember all those nice excuses) or, more often, to half-ass a try.  I struggle with this the most on big moves – throwing for a big move, I’ll often “test” the distance when anyone watching can tell I didn’t intend to or believe I’d reach it.  This doesn’t help my confidence.  However, if you give it your all, and go down swinging, you’ll feel so much better.  And, you might surprise yourself by sticking the hold!   I have found that if I gave it my all, then I feel better when I lower off a route, even if I didn’t send. 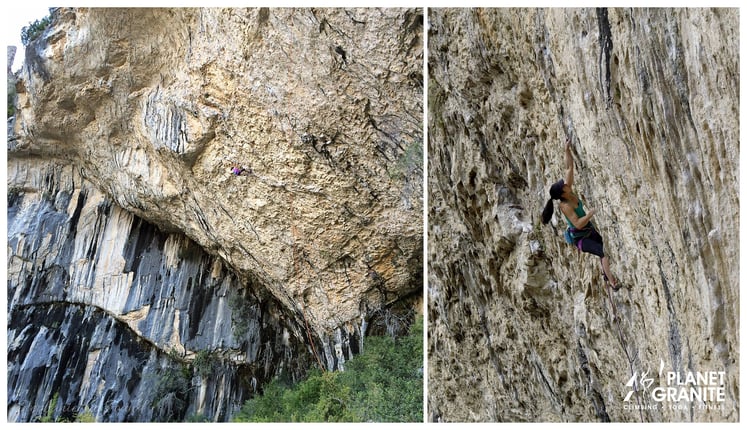 “The best climber in the world is the one who’s having the most fun.”—Alex Lowe

This is probably the most important and for me, the most easily lost, point.  I find I climb harder when I’m laughing, with friends, and enjoying myself.  When getting on harder routes, it’s easy to get frustrated and become negative.  This will only cause you to climb worse.

I hope this inspires you to set a new goal this year!  Go get it!

Stephanie has been climbing since 2001. Her hardest redpoint is Burning Down the House, 5.14b, which had she not followed point 3, would never have been completed.